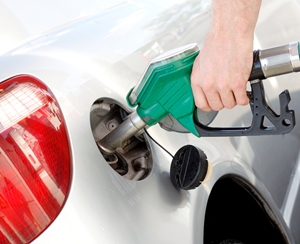 A recent report from Roy Morgan Research shows that Australian motorists would rather have increased kilometres from the pump than power from the pedal.

The study looked at what Australians consider the most important factors when buying a new car.

Figures show that nearly 80 per cent of Australia's 15 million drivers prefer fuel efficiency over high performance, ranking it as the most important factor to consider when buying a new car. This is somewhat surprising, given Australia's fierce history of fire-breathing V8s.

Results could have been influenced, however, by the Australian government's announcement to reintroduce the fuel excise tax late last year.

In light of this, here are some tips on getting the most out of your fuel tank.

Just like the energy and water ratings on your electronic appliances at home, all cars have different fuel efficiency ratings. So before you seek out car finance, ensure you check its rating online. There are a few tools out there, such as the Green Vehicle Guide (GVG), an Australian government initiative.

According to the US Department of Energy, your car uses more petrol in the first few minutes when the engine is cold. Therefore if you're able to plan each trip so that you can complete as many errands as possible, you'll be saving time and money. If the place you're going is nearby, leave your car parked and strap on your running shoes.

By driving in a higher gear than normal, you will be reducing the load on the engine and increasing fuel efficiency. Also be aware that speed kills fuel efficiency - your car will use a lot more fuel speeding at 110 km/h than cruising at 90 km/h.

Idling gives you zero kilometres per litre of fuel, so whenever your car is stopped or held up, turn it off. This could apply to peak-hour traffic, waiting at a busy set of lights or even a takeaway drive-thru. If you are idling for longer than 10 seconds, both your wallet and your engine will benefit if your car is turned off and restarted when necessary, a report from the Environmental Defense Fund found.

Now if you've taken that all on board and think you're ready for a new, fuel efficient car, make sure to get in touch with AAA finance. We have a panel of more than 23 lenders who can secure you a fantastic deal with new car finance, even turning around your application in under 24 hours.

And don't worry, we won't judge if you go for the thirsty V8.