When will you buy your next new car? 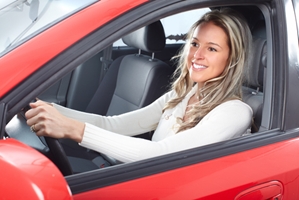 Consumer sentiment is starting to pick up across the country, which is leading to a rise in the number of people hoping to buy new cars.

Healthy economic conditions give people a much more positive outlook, which in turn makes them more inclined to make big ticket purchases. So just how many people are hoping to buy new vehicles, and when are they planning on doing it?

Spending is on the rise

Executive General Manager for Local Business Banking Claire Roberts explained: "Consumers have some extra money in their wallets through a combination of low rates and cheaper petrol, and the March BSI shows they're out there cautiously spending."

The BSI has increased 5.7 per cent over the past year, bringing spending levels to higher than the average seen over the last 10 years.

But how much of this spending is being geared towards buying vehicles? March data from the Australian Bureau of Statistics (ABS) shows that in trend terms, the number of new vehicle sales increased 0.4 per cent compared to the previous month.

Seven out of the eight Australian states and territories saw an increase in sales, with Tasmania leading the charge with a 2.1 per cent rise. Western Australia was the exception to the rule with a 0.2 per cent decline.

Looking to the future

There is always a concern that sales will start to taper off, but this doesn't appear to be the case at the moment. Roy Morgan Research carried out a survey, which discovered that 2.37 million people have their sights set on buying a new car in the next four years.

This marks a rise from both the previous month and the same time last year, showing that new car finance is still very much on the cards for many Australians.

Jordan Pakes, industry director for automotive at Roy Morgan Research, explained that this year has so far produced some strong results for future car buying intentions.

"Since the beginning of the year, new car intention has increased for most automotive brands, with local makes Ford and Holden gaining 36,000 and 25,000 additional intenders respectively," Mr Pakes commented.

Australians don’t shy away from spending