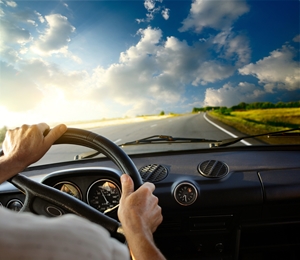 The number of consumers hoping to buy new cars was relatively strong at the start of the year, but it seems this level of demand has now started to taper off.

The latest figures from Roy Morgan Research show the number of potential new car buyers remained relatively stable in March, although there was a slight rise in short-term buying intentions.

A total of 605,000 people revealed that they hope to purchase a car in the next 12 months. This is up from the 598,000 who said the same this time last year. As for the next four years, 2.35 million motorists are hoping to get their hands on a new car within this time frame.

So what types of car do buyers have their sights set on? Industry Director for Automotive at Roy Morgan Research Jordan Pakes said the launch of some new vehicles is affecting people's buying intentions.

"Small SUVs and Light Commercial Vehicles have shown the biggest gains since February, with the small SUV intention boom expected to continue given the recent launches of the highly anticipated Honda HR-V and Mazda CX-3," Mr Pakes noted.

Over the course of the month, Jeep, Toyota and Hyundai all witnessed a rise in sales. Roy Morgan believes that the low cash rate environment could spur more buyers to seek car loans and purchase a new vehicle.

As of May 6, the Reserve Bank of Australia implemented an all-time low cash rate of 2 per cent, after it concluded that economic conditions weren't quite moving in the right direction. This should bring down the cost of lending for many consumers, which could give them the extra confidence they need to make big-ticket purchases.

Roy Morgan also suggested that the impact of the next budget is also likely to be felt by the car buying public.

When will you buy your next new car?

Good intentions in the vehicle market