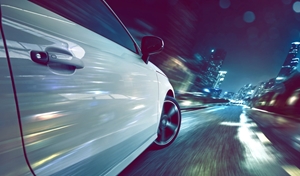 The North American International Auto Show (NAIAS) in Detroit wrapped up a couple weeks ago and seems to have been a success - the NAIAS recently revealed that 815,575 people attended. Cutting-edge technology and a focus on eco-friendliness were consistent themes demonstrated by the big auto-makers represented at the show, including Volkswagen, Nissan and Mercedes Benz. In the chance that you didn't make the lengthy flight from Australia to attend, here are three cars from the show that will get you looking into car loans in no time.

Despite being in the midst of a scandal regarding cheating diesel emissions tests in the US, Volkswagen still managed to release some interesting new vehicles at the Detroit Auto Show. One of these was the Tiguan GTE - a hybrid off-roading SUV that looks more like an adventure-ready jeep than your typical kid-toting family SUV. Some of its cool features include the plug-in hybrid system, LED spotlights on the roof and six different driving modes. With off road modes specifically for driving in sand and sludge, gravel, and rocks, this rugged new model would be perfect for Australian exploring on beaches and in the outback.

The new Mercedes-Benz E-Class was definitely competing for the title of the most high-tech luxury class sedan at the Detroit Auto Show. While the sleek exterior and elegant wood and leather interior are impressive, it is indeed the technology that shines. For example, no worries if you forget your car keys when you have an E-Class; simply tap your NFC-enabled smartphone to the door and it will unlock.

Equally impressive is the E-Class' safety features. One of the coolest of these is a system that seeks to reduce potential hearing damage from car crashes by emitting a noise from the audio system that causes a reflexive change in pressure in the eardrum before the accident happens.

Looking like something that might actually be an Autobot from "Transformers", the Warrior is another model that is primed for off-roading. While its powerful diesel engine and sporty interior stand out, it's really the exterior that Nissan has made the main focus. The ute is both rugged and stylish with a height of around 207 centimetres, up from 200 centimetres, to allow for huge, dangerous-looking wheels in addition to a matte grey paint job with orange and white accents. The truck is currently just a concept but it might be an indicator for what Nissan plans to put out in the future.

A photo posted by Nissan USA (@nissanusa) on

What are the coolest new caravans on the market?