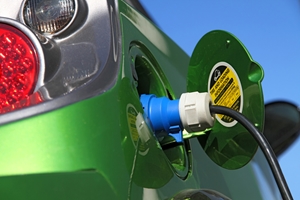 According to Roy Morgan Research, there are 2.6 million more people behind the wheel in Australia than there was a decade ago.

As the number of motorists on Australia's roads increases, so do the unsavoury air pollutants. The Department of Infrastructure and Regional Development notes that greenhouse emissions from the transport industry have been growing annually at around 1.4 per cent since 1990.

Furthermore, the driving force behind the common internal combustion vehicle is limited. A report commissioned by NRMA Motoring & Services revealed that Australia is almost entirely dependent on imported fuel - only possessing oil and refined fuel to last about three weeks.

In light of this, should you get a car loan and purchase an electric vehicle (EV)? Here are some hurdles that must be overcome first.

One of the most common concerns with EVs is how far they can go on a full tank. According to a report from the Energy Supply Association of Australia (ESAA), the average distance a fully charged EV can drive is between 120 and 300 kilometres. In comparison, a survey from Deloitte found that 78 per cent of Australians drive less that 80 kilometres per day, which makes this worry largely irrelevant.

Australians are used to fueling up maybe once every two weeks or so before getting hundreds of kilometres from the tank (provided you don't drive with your foot mashed to the floor). The ESAA recommends a change of behavior and treating your EV more like your mobile phone. Make your garage the base and charge your EV each night.

There are a number of policies that if put in place, will make the Australian EV market much more viable. For example, in California, they offer a rebate upon purchasing your EV, reduced vehicle registration fees and car insurance discounts as an incentive for zero emissions and independence from fossil fuels, according to the Electrification Coalition report.

WA is leading the charge with the roll out of the Electric Highway. The Royal Automotive Club (RAC) of WA oversaw the project, with a network of free fast-charging vehicle stations located between Perth and South West. According to the RAC, a normal EV will take just 20 minutes to charge from flat to 80 per cent.

Before the illustrious internally combusted engine can be toppled from its perch, further progress must be made in EV technology and infrastructure. If you would like car finance for a new vehicle - internally combusted or electrically powered - talk to the team at AAA Finance. We have a wealth of car loan options with 23 different lenders; we can even complete your application within 24 hours.