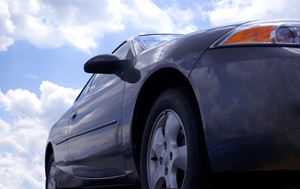 Choosing what to buy with a new car loan is tough. After all, the sheer range of vehicle options nowadays is enough to drive even the most decisive person a little bit crazy.

Some of us are even under pressure to buy a sensible car, like one that can fit the whole family or is ready to save the environment. For those that grew up listening to the great Australian soundtrack - Ford and Holden V8 engines - this can be a tough pill to swallow.

Thankfully, we have just the ticket. Here are three celebrities that prove it's okay to own a sensible car.

The quintessential sensible sedan, Honda's Accord has been the vehicle of choice for travelling salesmen and Australian families for years. With room for the whole family and the option of getting the station wagon variant, there's not a whole lot the Accord can't do if you need something understated.

Facebook founder Mark Zuckerberg seems to agree, with the billionaire continuing to own his Acura TSX (the US version) until well after he had made his fortune. If it's good enough to ferry one of the world's richest men from his mansion to work, it's perfect for you and the kids.

Rappers are known for a lot of things, and while buying sensible cars isn't necessarily one of them, there's always one to buck the trend.

After years of rapping about his lavish lifestyle, 50 Cent was forced to declare bankruptcy. Now, instead of cruising around in a blinged-out Mercedes, the rapper has had to take a decidedly more realistic approach with a Suzuki Kizashi.

Naturally, he sprung for the sport version - a slightly racier and more capable version valued at the attainable price of just 30 grand. Whether the company was expecting it or not, Suzuki's street cred has been given an interesting boost.

For some, an Italian hatchback still probably isn't their idea of sensible, but for a multi-millionaire it's definitely towards the more reasonable end of the spectrum. When Harry Potter star Daniel Radcliffe turned 18 he was given access to the fortune he has earned making films, meaning he could buy his first car.

While those of us with less restraint would have headed straight to the Lamorghini dealership, young Radcliffe chose a Fiat Punto. According to a June 2007 article from The Daily Mail, the celebrity chose it because it was one of the most environmentally-friendly options on sale at the time.

4 of the world’s most famous racehorses

What financial pitfalls catch people out?