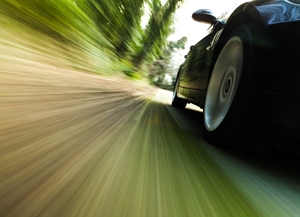 There are a number of reasons why people choose to get car loans. Whether you need a new station wagon for the family or a tougher ute for the workplace, these are a great way to get the vehicle you want in a cost-effective manner.

That's how the normal person reacts to the process anyway, but what about those people who always push things to the limit? Obviously, there are some vehicles built for a special type of individual, with prices that reflect this.

Did we mention we have access to 23 different lenders? You'll need to make use of every last one of them to finance some of these cars. Here are three of the most ridiculous we could find.

Lambos are great 'look at me' cars, but this model is probably closer to 'look at my loan repayments' than anything else. Totaling more than $6 million, the Veneno roadster is the ultimate toy for adults who never grew up and like their vehicles to resemble fighter jets rather than anything usable on the road.

However, Lamborghini are only making nine of them, so you'll need to get in quick to secure yours. Lucky for you, most of our new car finance is approved within 24 hours of your application, so there might still be time to get your hands on one.

Most people looking to make a statement with their new car will go for an established brand like Ferrari or Porsche. Some, on the other hand, want to stand out from the crowd.

Those of you who have seen Fast and the Furious 7 will recognise the Lykan Hypersport as the vehicle that was jumped between skycrapers in Dubai – twice. While you might be keen to get your hands on that sort of performance, the company is only making seven, at just over $4.5 million a pop. Diamond encrusted headlights do justify the price tag to some degree though.

Compared to the others on the list, this option is a bargain. At just over $3 million, you get an updated version of what was already the world's fastest production car when it was first released.

Just in case you thought this car was less serious than the others on the list, it has had to be limited to 415 km/h to preserve the tyres. It also has more power than a Formula 1 car.

Contact the team at AAA Finance if you think you're game for one of these or something a bit more modest.

Save money and the environment with a new car loan