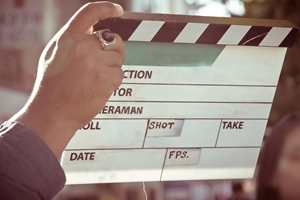 New Car Loans! Whether we like it or not, films are one of the most influential forms of media. With the daring exploits of our heroes on the silver screen often enough to encourage people to make life-altering decisions.

This is especially true when it comes to vehicles. With the list of classic movie cars to tempt even the most sensible person into securing a new car loan.

It’s a trend that’s been defining cinema for decades. Often these vehicles become as much of a star as the lead actor. Who could forget James Bond’s Aston Martins, Max Rockatansky’s Ford Falcon or the trio of Minis from the Italian job?

Here are three films that will have you rushing in for new car loan.

Any Mad Max film could’ve made the list! With George Miller’s epic quadrilogy, a homage to Australian car culture, sound-tracked by the snarls of V8 engines. The titular character’s ‘XB Ford Falcon’ has always been as much of a star as Max himself. With many people going through great pains to build their own replica of the pursuit special.

Roy Morgan’s Research found that the film is already affecting the buying habits of Australians. However, a third of ‘Mad Max’ fans saying they would buy a car that is fun to drive, compared to just 18 per cent of other people.

2. The Fast and The Furious

Cinema purists may turn up their noses. However, the franchise has been at the forefront of car movies for the past decade. While the first film exists as a perfectly preserved time capsule of early 2000’s tuner culture, the ensuing sequels did an excellent job of including a diverse vehicle lineup.

Whether you want to see Japanese tuned cars, good old American muscle cars or European exotic cars strutting their stuff on the big screen and then there is a sequel to entice you into getting a new car loan.

The James Bond series has had a number of stars over the decades, in saying that, we’re not talking about Roger Moore, Sean Connery and Pierce Brosnan, but Aston ​Martins, Jaguars and Lotuses.

Very few vehicles matched the glitz and glamour of the film’s hero like the original Aston Martin DB5, a vehicle that set the benchmark for the rest of the series. Since its debut in 1964’s Gold-finger, the iconic vehicle also returned for ‘Casino Royale’ and ‘Skyfall’ – proving that true style never goes out of fashion.

3 new cars to watch out for this year