Good intentions in the vehicle market 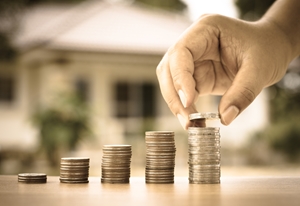 Sometimes, getting from A to B isn't as simple as taking public transport and arriving in the CBD. For many people, this option is limited, or simply isn't the most efficient mode of transport. In fact, according to new research, a rising number of Australians are looking towards buying a new car - and it's likely that many of them will need to get vehicle financing.

According to a February 24 release from Roy Morgan research, 2,249,000 people are intending to purchase a new vehicle some time in the next four years. That's an indication of a slow increase over the preceding months, bringing the number back above the long-term average for people intending to buy.

When it comes to the short term there's more desire for cars as well - as of January this year, 537,000 people wanted to buy a car in the coming 12 months. That's an increase of 56,000 on the last time Roy Morgan undertook this survey.

Clearly, something has changed to spark this will to buy in a lot of Australians.

In the most recent Consumer Price Index (CPI) from the Australian Bureau of Statistics (ABS), there was great news for motorists. Transport costs were one of the most prominent items to drop in price: In the December quarter last year, fuel dropped by 6.8 per cent, due to an oversupply of oil on a global scale.

At the same time, the ABS noted that vehicles fell in price by 1.1 per cent. So across the board, financial conditions have been improving for the purchase of a vehicle. This might have you thinking about vehicle financing in the near future, and while cars might be cheaper to buy and run, it's still important to get the right loan when you make a purchase.

With over 70 years of experience and the ability to turn a loan around in 24 hours, AAA Finance is well placed to connect you with a dream new vehicle.

2 crucial steps to take before a new car loan

What should you know about the luxury car market?