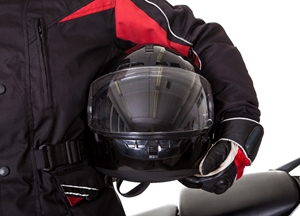 For much of the country, motorcycles are closer to lifestyle accessories than mere methods of transport and represent a valuable freedom of expression.

However, whether people are a fan of tackling tight coastal roads on a sportbike or cruising the country's highways on a Harley, there's one thing they can all agree on: safety is paramount.

Put simply, motorcycle riders lack the protection offered by other vehicles, meaning any collision can be especially dangerous. BMW believes it has the answer to many of these problems, so people considering a motorcycle loan should consider turning their attention to what the German marque has to offer.

The recent Consumer Electronics Show (CES) played host to a range of automotive gadgets likely to change the way drivers and riders engage with their respective vehicles. Many of the most important technologies debuted at the exhibition concerned safety, with BMW leading the way in terms of innovative motorcycle additions.

Laser headlights are up to twice as effective as a normal bulb.

Who would've thought the addition of lasers would make a vehicle safer? BMW's K 1600 GTL concept bike captured the attention of the press, with the laser-powered headlights acting as a significant drawcard.

There's method to the madness, however, as BMW reports that a laser headlight in high beam mode has an effective range that's double that of a normal bulb. The technology has featured on Audi's Le Mans-winning race cars in the past, so it's proven to work under pressure.

Of all the pieces of equipment motorcyclists need to purchase, nothing is as important as a helmet. Like most other safety features, these are also the subject of innovation, with many companies investigating how these products can offer a safer experience.

Helmet producer Bell has announced a partnership with camera creator 360fly which will result in an innovative smart helmet. While the main function of the helmet is to shoot high-definition 360-degree footage, the camera is also able to warn riders of impending dangers from outside their field of view.

There is a reason we were one of the coolest things USA Today saw at CES today — check it out!! #lifeuncropped https://t.co/795oTJRsFD

BMW also announced an updated helmet design which is set to revolutionise the way people use this equipment. The German marque is equipping helmets with a heads-up display that allows riders to monitor important information - such as their speed - on the visor itself.

If you're looking to start the new year with a motorcycle loan, contact the team at AAA Finance or use our quick loan enquiry tool.