What’s the best ute across the board? 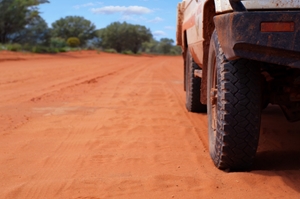 For years now, Australians have turned to utes as the motor vehicle of choice for so many reasons. Not only do they look slick, they're also incredibly practical - particularly if you're working in the construction or farming sectors.

If you're on the brink of buying a new vehicle, and you want something that will be perfect in all conditions for whatever it is you're doing, one of the four utes below might just be the best fit inside your garage:

A photo posted by Volkswagen Amarok (@vwamarok) on

The Volkswagen Amarok is one of the most high-tech utes ever engineered. It's fully equipped with a satellite-navigation system and six-speaker audio infotainment unit. You'll be in serious comfort all while transporting 3,000 kilograms on a trailer and up to a whopping 1,170 kilograms in the tray.

With that much pulling power, you'll virtually be able to take everything plus the kitchen sink with you on holiday, or out to the farm.

The Amarok is packed full of features, but is also a great looking vehicle. Depending on what model you decide to get into with your car loan, you'll get the 19-inch alloy wheels that are strong enough to handle any terrain, as well as unique badging, so everyone will know exactly what it is that you're driving.

Volkswagen offers a number of customisable accessories on the Amarok, which include black badges and alloys, bumper highlights and a tray frame to give it a really cool silhouette.

A photo posted by Ford Australia (@fordaustralia) on

The Ford Ranger Wildtrak is named so for a reason. It has an animalistic grunt about it, while being styled aggressively. Like many of the options on the market today, it makes the most of its size. It's a ute with a huge road presence, but also one that manages to work street appeal in as well.

A five-cylinder, 3.2-litre engine will throw down a whopping 470 Nm of torque, and you'll hear that from the exhaust a mile away. That's just a part of the presence this ute has. It's also nearly 5.5 metres long, and has ground clearance of 237 millimetres. Load the Ranger up to it's full limit and you'll still be a huge distance above the ground, so you'll have all the confidence necessary to tackle tough terrain on a construction site, camping ground or even at the boat ramp.

The eight-inch colour touch-screen infotainment system comes equipped with two tweeter speakers and four subwoofers, so you'll never be left wanting after your favourite tunes have played. Ford understands the importance of great interior accessorising, as well as equipping their vehicles with every creature comfort imaginable. This is one heck of a ute.

A photo posted by Nissan Australia (@nissanaustralia) on

The Nissan NP300 Navara is the real workhorse of this list. It looks fantastic when heavily loaded with your goods, as well as free of any extra packing.

You'll have the option of three engine choices, including a twin-turbo diesel, alongside single-turbo petrol and diesel choices. With the largest of the blocks, the twin turbochargers work in unison to keep fuel economy at the highest possible level. The smallest turbo gets you off the line, while the larger one helps the engine to keep going at speed without drawing too heavily on the fuel reserves.

For long distances, particularly on a farm or in remote areas, fuel efficiency is one of the most important factors in choosing a new vehicle. If you're looking for the best ute in class for fuel efficiency, the Navara might well be your best bet. Car finance from AAA Finance will get you behind the wheel and trucking along with a brand-new Nissan NP300 Navara.

A photo posted by Holden (@holdenaustralia) on

The Holden Ute SS-V Redline is a different kind of ute to the others on this list. It's a smaller option with much less ground clearance and more of a focus on performance and driver entertainment.

It's essentially a Commodore with a tray, so it brings with it extremely cool styling and a seriously loud engine. That noise comes from the 6.2-litre V8 engine that produces an enormous 304 kilowatts of power. Where the other utes are more astute for farming work or getting around rough terrain, the SS-V is much more a city streets predator. It will rumble around the suburbs, eating road after road, while still maintaining the capability of towing a boat and having a full tray of bricks or wood.

It achieved a five-star ANCAP safety rating to go along with everything else that the SS-V offers, and has such safety technology as lane departure warnings and a forward collision alert. It also comes fully equipped with Brembo performance brakes, so no matter how far you push the enormous V8 block, you'll be in safe hands with the pads on your alloys.

No matter what ute you decide to gun for, AAA Finance is on hand to help you get behind the wheel. Get in touch today, and you can start your engines much sooner.

What are the best ways to get into a V10 car?

What’s the best new SUV for truckloads of off-road fun?

Which of these fast family wagons would you buy with a car loan?