What’s the best new SUV for truckloads of off-road fun? 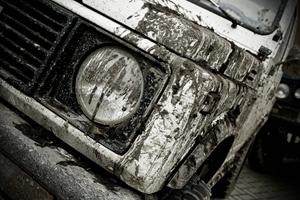 There are plenty of SUVs on the market now that all claim to be the best at what they do. The more luxurious marques in Europe, like Porsche and Mercedes-Benz, have been releasing high-quality off-roaders for years, but now many other competitors are coming to the frontline and manufacturing some pretty incredible machines.

You might be looking for a new car, but don't know where to start - well, the list of our best new SUVs currently on the road will excite any car enthusiast, and you'll be sitting in the driver's seat of one with a car loan from AAA Finance in no time.

The Volkswagen Touareg has long been one of the most interesting SUVs ever to meet the streets, along with the Porsche Cayenne. The more streamlined body shape and big, aggressive presence allows for a super high ride, giving you comfort to go along with a heavy dose of performance.

The Touareg R-Line takes a sporty SUV and throws in a turbocharger with some serious capabilities. While it's a diesel engine, you can expect fuel consumption to be a solid feature, and 9.2 litres per 100 kilometres is certainly nothing to sniff at when the car will charge from 0 to 100 kph in just 5.8 seconds! You can thank a whopping 800 Nm of torque for that figure, which will also allow you to tow 3,500 kilograms of anything. What about a boat?

The R-Line model is highly specced, and comes in with a blasting 620 Watt sound system from Dynaudio, and sport comfort seats with black Nappa leather upholstery. This is one heck of a cool SUV.

A photo posted by Volkswagen (@volkswagen) on

Purpose-built to do anything and go anywhere, all of the SVR models of the past have one thing in common: excellence.

It's no different with this most recent model either, and there's plenty to gawk at. It has seriously cool looks to go along with the fantastic engineering feat that lies beneath the hood. You'll look cool getting wherever you're going, but you'll get there extremely quickly as well.

The Range Rover Sport SVR tops out at an enormous 260 kph, although you'll never get there unless you're on a track. The 5.0-litre supercharged petrol engine moves from 0 to 100 kph in as little as 4.7 seconds. That's thanks to 405 kilowatts of power, and a huge 680 Nm of torque.

Take one look at this car, and you'll know that there's something special waiting behind the driver's wheel. This is certainly one car that you should take car finance out to drive home. How good would it look sitting in your garage? Or even out in the bush - remember, it will go absolutely anywhere.

A photo posted by Land Rover (@landrover) on

The Porsche Cayenne was either a car you loved or hated when it first came out. It really pushed the boundaries when it came to design, but eventually they were accepted because they're truly brilliant cars. Now, there are cars like the BMW X6 on the road, and that's certainly one that stands out, but the Cayenne Turbo S will blow you away with its performance. No doubt about it.

A frightening 419 kilowatts of power is under the hood, and that allows you to essentially fly from 0 to 100 kph in as little as 4.1 seconds. That's right, even faster than the Range Rover Sport SVR!

You'll be able to add all sorts of amazing features to this car if you buy it new as well, which will really make you feel like a kid in a candy store. There's just so much to decide! You can have Apply CarPlay or the Porsche Communication Management System. There's a choice of two different surround-sound systems - one from Burmester and one from Bose. You can even decide to have DVD screens installed on the back of the front seats for those long trips.

This is a car for the family, but one that will also satiate the desires of any petrol head.

A photo posted by Porsche (@porsche) on

Another unique body shape, the G63 AMG is a worked SUV beyond belief. There's an enormous 5.5-litre biturbo V8 under the hood that produces 400 kilowatts and 760 Nm of torque. Those sort of figures allow the engine to produce one of the best sounds any car enthusiast can dream of hearing.

Those exhaust pipes will come out the side of the car, to really show that the G63 AMG means business, and inside the car, there's a plethora of amazing features that you'll fall in love with.

The AMG badge is pretty much on every surface, so in case a guest missed what they were stepping inside, there'll be no chance of them ignoring it inside. There's also a huge range of combinations for the interior upholstery to really tailor this car to your every need.

A photo posted by Mercedes-AMG (@mercedesamg) on

Four amazing SUVs, and one new car needed. What will you choose.

Talk to AAA Finance when you've made up your mind.

What are the best ways to get into a V10 car?