Why you should watch the cash rate when buying a vehicle 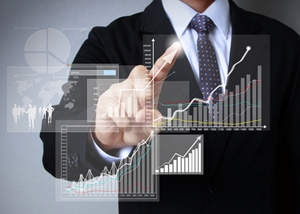 When you are in the market for easy camper trailer finance, there are several factors to keep track of. Expenses like petrol prices and vehicle value are a given, but taking out a loan means checking other financial indicators as well, such as interest rates.

And if you have a keen eye for interest rates or want to develop one, that means one thing: Listening to the Reserve Bank. Here's why.

They're a guiding light

Interest rates on lending finance are generally guided by the board of the Reserve Bank of Australia's (RBA) monthly decisions on the official cash rate (OCR). Every month the board decides whether to cut, raise or hold steady the OCR, to moderate a number of factors, from inflation to credit growth to the Australian dollar.

Lenders don't necessarily follow this to the letter, but the February OCR cut to 2.25 per cent did see banks reduce their interest rates immediately. So by watching the OCR and listening to economists' predictions about it, you can paint a picture of where it might be headed in the coming months. Of course, nobody can predict the future with certainty - but the next best thing is to be informed!

It could help you make the right decision on when securing that new campervan loan is going to work well.

While it doesn't automatically force interest rates down, the cash rate is an important influence on their direction. And with the OCR now at an historic low point, you might have noticed that the amount of interest you would pay on a loan is also drastically low.

Tim Lawless, the head of research at RP Data, said that mortgage rates were now at their lowest lowest point since 1968. Not a bad time to consider a loan then! While your campervan finance isn't exactly the same as a home loan, watching the cash rate can still play an important role for indicating a great time to seek finance.

Given the current situation, we're clearly in a great spot for securing a campervan or car loan. If you have been itching to get on the road and take high quality living with you, then camper trailer finance is likely to be your preferred vehicle.

At AAA Finance we work with a panel of 23 lenders, which gives you a plethora of options for a vehicle loan. It means that among all of the low interest rates, you could be able to find the diamond in the rough and get that dream vehicle sooner than you thought - sometimes within 24 hours!

How To Apply And Be Approved For Campervan Finance