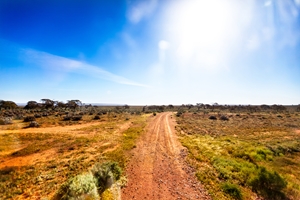 When it comes to travelling Australia's roads, there is almost no better way to do it then in a campervan or motor home. It enables you to carry everything you need with you conveniently, and live free of the constraints of a home or city life. It's perfect for anyone who needs to get away from it all for a while.

Of course, many people will be looking to secure caravan finance so they can make a purchase, which is where AAA Finance and our panel of 23 lenders can step in to get your on the road very quickly. But for those who aren't quite there yet, let's look at some reasons 2015 looks great for heading out in a campervan.

The roads are safer

One primary concern for anyone hitting the road is their safety. Even though the AAA Finance team can provide financing for you to secure excellent insurance, that doesn't necessarily alleviate concerns. However, government statistics show that roads are getting ever safer.

The Federal Department of Infrastructure and Transport's February 2014 statistics for fatalities on roads showed that this figure is falling on both a monthly and annual scale, which bodes well for road safety across the country.

In addition to safer drivers, infrastructure is also improving. For example, the Federal Department for Infrastructure recently announced $9.6 million of funding that would go towards fixing 25 bridges in Western Australia. This will fix the bridges over three years beginning this year, and will spread right across the state.

It's an indication of safer roads coming to all areas of Australia, and could be a real confidence booster for anyone considering getting a campervan loan for their Australian Outback adventure.

Fuel across the board has been getting cheaper of late, and the Australian Automotive Association wants to make sure that everyone benefits. In a February 26 press release, it acknowledged an Australian Competition and Consumer Commission report that showed petrol price cuts were not as prominent in regional areas as they were in metropolitan areas.

This kind of acknowledgement could see fuel cycles reach lower levels in regional areas as the ACCC investigates, thus reducing the cost of taking your caravan around the country.

If this mode of transport is on your agenda, make sure to speak to AAA Finance. We have a panel of 23 lenders that can assist you getting a secured caravan loan organised within 24 hours.

Top tips for staying safe on the road this winter

How to get around busy traffic