Did the Sydney to Hobart yacht race make you want a new boat? 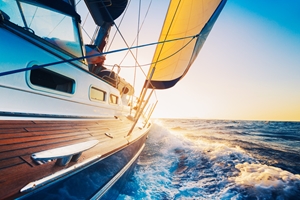 The marine world is steeped in tradition and legend, with race events such as the America's Cup and the Volvo Ocean Race showcasing the daring exploits of the world's best sailors.

On this side of the world, the annual Sydney to Hobart Yacht race represents an exciting expression of international sailing talent. With plenty of challenges faced on the open seas, even simply finishing the event is seen as a victory by some.

As one of the country's premier sailing events, it's only natural that people will be looking to take out a secured boat loan and get a taste for the high seas themselves.

What happened in this year's event?

The 2016 event packed all the usual drama into just a few short days of racing as competitors rushed to complete the near 630 nautical mile course in the shortest amount of time.

American yacht Comanche was first to cross the line after two days and eight hours of battling with stormy coastal conditions. Although the spectacular 100-foot long boat drew much media attention and was able to claim the line honours, the event's handicap rules mean another boat was declared the overall winner.

The overall win is judged to a handicap, which means the boat that performs the best in comparison to its potential is awarded the victory. As yachts from a number of different classes are entered in the event, this means the race often isn't decided until almost a day after a team claims line honours.

For example, this year's winner, Balance, crossed the line 21 hours after Comanche did. However, when the time is adjusted for handicap, Balance took the victory.

With a few months still left in summer, there's plenty of time for people around the country to get out on the water in a new yacht or other watercraft.

Use our quick loan enquiry on the sidebar or give our team a call to get a quick and easy secured loan.

Where in Sydney can you take your new boat?

What will a boat loan get you on the water with?

4 Pacific destinations to steer your new boat toward